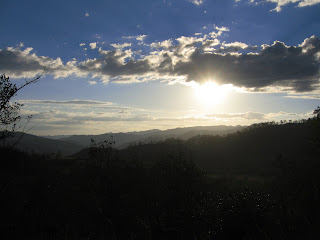 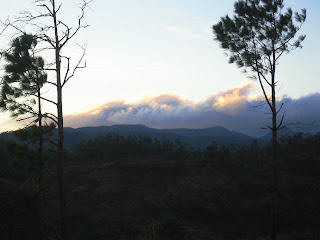 Cololaca, Lempira: where the Brigade came

So, at the end of January, I got a chance to help translate for a medical brigade that came to a small aldea near Nueva Esperanza. At first, I was hesitant to go because my friend, Shade, was coming to visit me right after and then I would be headed into Tegucigalpa for almost a week to meet with all the other PAMers for a Reconnect Workshop. (The workshop was only three days long, but including travel, that meant I was going to be gone for at least 5 days).

However, I did finally decide to go after considering the following:
1) I recently submitted the grant proposal for the improved stoves project to an NGO and on the spot they told me they were going to support the group. WOOHOO!
2) It has been years since I have done any translating and it would be nice to be able to gauge how much my Spanish has improved since then (and learn some new medical terms).
3) I could use a break from ´´A Typical Day in Nueva Esperanza´´ which if was a tv show would essentially be the same episode over and over again.
4) I have barely applied my Biology major since arriving into country so a refresher would be nice. 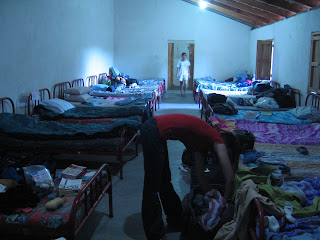 The room where us women slept.

The brigade was a group of doctors, nurses, a veterinarian, construction workers, electricians, a bricklayer, and friends from church in Arkansas. Some of them have worked this brigade before, but many met for the first time in the airport in Little Rock the day they flew to Honduras. The great thing about this brigade was that not only did they offer medical care, but the crew included people with other skills as well. So while the doctors were busy with the patients, there were others playing and coloring with the kids, installing lights in the quarters where we slept, helping to build walls, painting the buildings, and making an ecological oven. It was fun being able to change the activity up and do translating in the morning and oven construction after lunch. Also, the ecological oven that was being made was the type that Peace Corps volunteers build, so it was nice to learn a little bit about them. 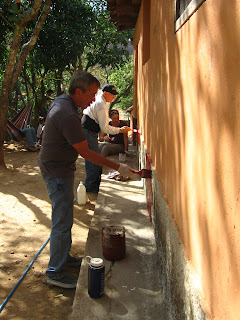 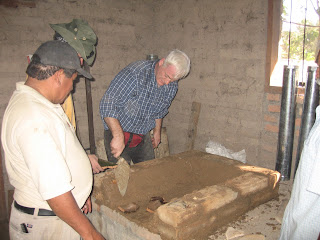 George laying the bricks for the ecological oven 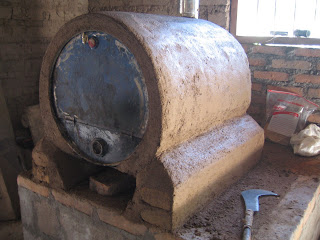 The medical brigade was set up at a center that has hosted other large groups like Heifer International. It turns out I had met the man in charge of getting the brigade organized at this center one day in La Campa. I admitted to him that I ¨maybe think I vaguely remember briefly meeting him¨, but he seemed to recognize me immediately and knew of the other volunteer in La Campa as well. I guess in an area where there´s only about 4 gringos and like 4,500 Hondurans, people remember us easier than we remember them. 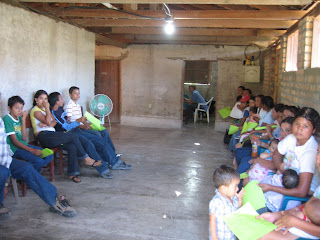 As far as hoping to learn some medical terms in Spanish, it turns out that I learned more ´´campesino´´ slang words and sayings than anything else. Depending on the doctor that I was with, I heard a lot of ´´I have pain in my bones´´ and, my favorite, ´´Me siento bolina´´ which literally means I feel like a drunk, or I feel dizzy. 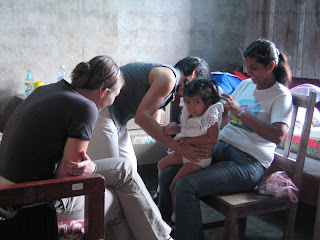 The hard part of working the brigade was seeing the true adversity of poverty. Most of the people that came to the brigade needed things as basic as Ibuprofen, vitamins, and reading glasses. There were countless cases of adults and children with diarrhea and stomach pains, probably from worms or parasites and a few children with lice. 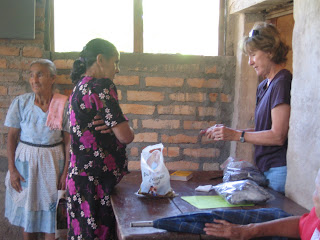 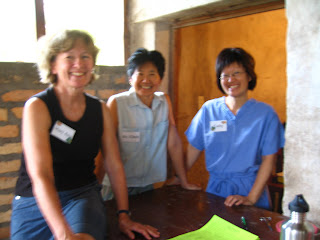 Others came in with more serious problems. One woman had a blood pressure that was so high that the doctor told me that if we were in the states, she would be hospitalized. She lives about an hour away from where we were by foot, but luckily that day she had gotten a ride. There were a few patients with cancer, one child with muscular dystrophy, and one girl no more than 4 years old that was cross-eyed and had to be led around by sister who we had to turn away because there was nothing we could do for her. Sometimes I just can´t believe what people have to endure in these countries where words such as ´´opportunity´´ or ´´access´´ are only understood when describing the life of someone far from here. I rant about having to sit in line for two hours to see the doctor, but if she prescribes me a medicine I need, there´s no question on if I can afford it or not or if I have to sacrifice something else in order to purchase it. Here, people are thankful for each day they get through and just accept what life throws at them. One woman came into the clinic limping because she had recently stepped on a rusty nail that had gone completely through her heel, but her reason for the visit was for something minor like stomach aches. Another man who previously had been diagnosed and treated for stomach cancer came in and, to his dismay, found out that it appears the cancer has spread to his legs and maybe his lungs. He told me that before, another doctor had given him two weeks to live, but he has survived two years; and the reason he is still alive is because someone up above is watching over him. 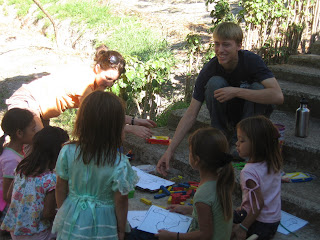 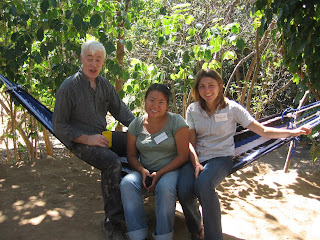 Pastor George, Rachel, and me

I´m really glad I decided to work the medical brigade for a variety of reasons. Sometimes it’s distressing to be able to see up close the effects of poverty and to not feel like you are making a difference in fighting it. In the first few months in my site, there were various times when I felt overwhelmed by the need here and how little I felt I could offer. Being able to translate though gave me a sense of accomplishment. By translating for the patients, I felt instant gratification with each person that I helped communicate with the doctors. Also, more and more, my eyes are being opened to the other kind of life that people live and I find again and again I am forced to think about what values I have in my life and how they are changing after seeing this other side of the spectrum. 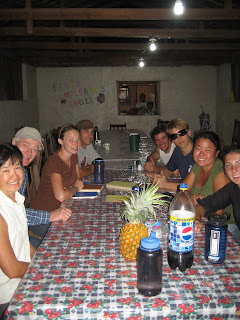 A group of us hanging out after dinner
Posted by Courtney at 8:15 AM 1 comment: